Posted by Erich Shelton on Wednesday, June 7, 2017 Under: Humour 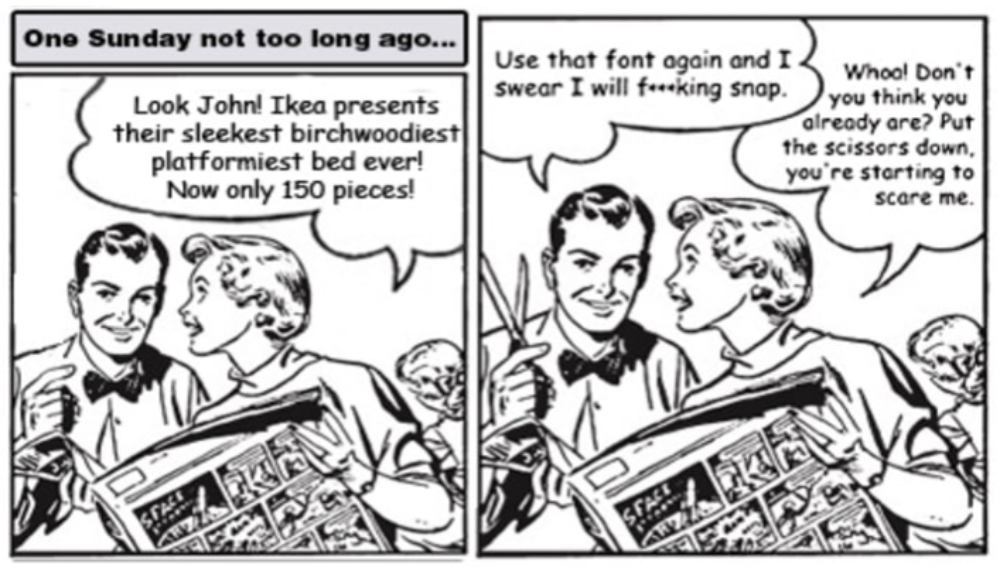 So what? Verdana was designed as on on-screen font for Microsoft. And while it's serviceable in that context, it was never meant for print. Designers would liken that move to driving a Honda Civic around a racetrack—sure the Civic might be a fine family car, but it doesn't have the elegant engineering required to race in the main event. Ikea, with it's history of design excellence, is supposed to know better. Time and NPR have already reported on the controversy, and there's now an online petition demanding Ikea reverse course. Grrrrrrr.

Tags: humour
« Back to posts