Posted by Erich Shelton on Wednesday, May 11, 2011 Under: Inspiration
There are countless numbers of precedents within art and typography of using human bodies to express typographic forms. Some were published and many were censored from the public's eye. One of the earliest examples we have is Peter Flötner's Anthropomorphic Alphabet (below), which was created around 1540. 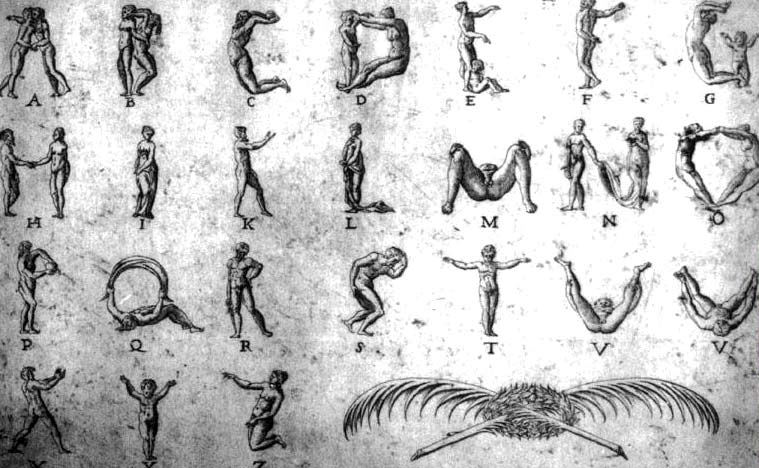 Since that first appearance there have been countless number of people who claim their inspiration came from Flötner and the principle of human letter forms has been recreated in most of the world's languages, including some I probably should not post here of humans doing naughty things in alphabetic positions!

Less than 50 years after the Flötner alphabet, Giacomo Franco, an Italian copper engraver and publisher, published a human form alphabet largely based on Peter Flötner's (below). 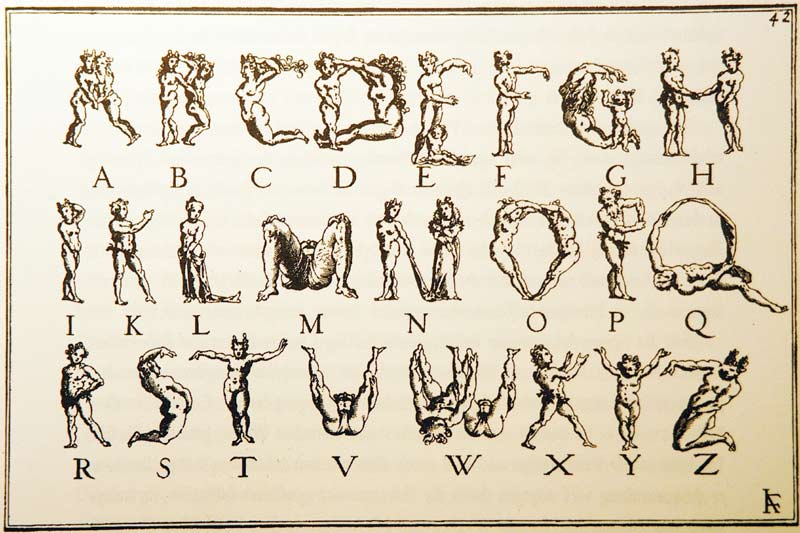 One can only imagine as times change and the standards of decency expand in the public eye, so did these forms of alphabet. A more up-to-date elaborate version was Anthon Beeke's Nude Alphabet created in1970, in terms of its formal quality, published by de Jong & Co. printers in their experimental Kwadraat series. His capitals, built entirely out of carefully choreographed ensembles of nude girls are a tongue-in-cheek reaction to Wim Crouwel's experimental 'new alphabet', published in the same series some years earlier in 1967. Beeke's alphabet is a meticulous reconstruction of the outlines of classic Roman capitals (below). 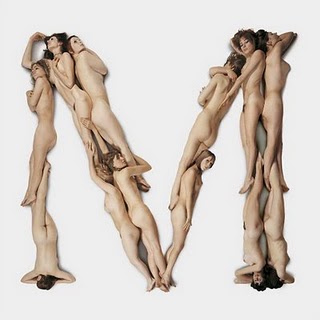 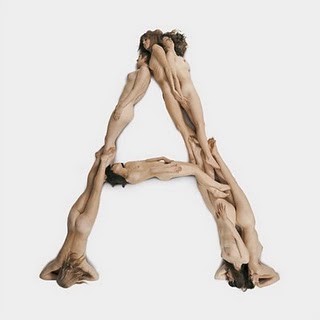 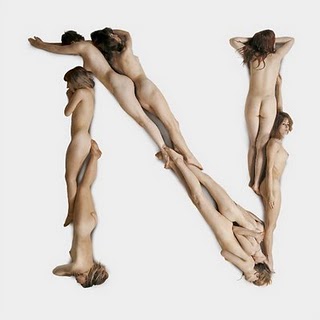 What brings all of this up is the new release of a new Photofont called Body Type. Peter Bil'ak put his years of experience working on modern dance concepts to use, transforming letters into dance moves with his Dance Writer. Body Type goes a step further and turns human bodies into a functional type system. Body Type comes as a set of 26 hi-res photos or as a Photofont file (usable in Adobe applications), and includes two styles Regular and Bold (below), for a greater expression. While Body Type is a display font at very large point sizes, it works surprisingly well in small text too. Photofont® technology requires special plugiins, which are freely available for the Adobe CS applications. 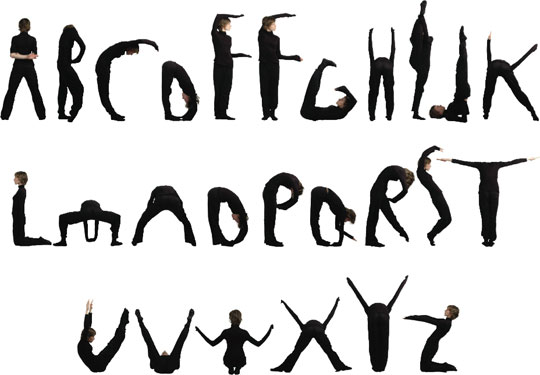 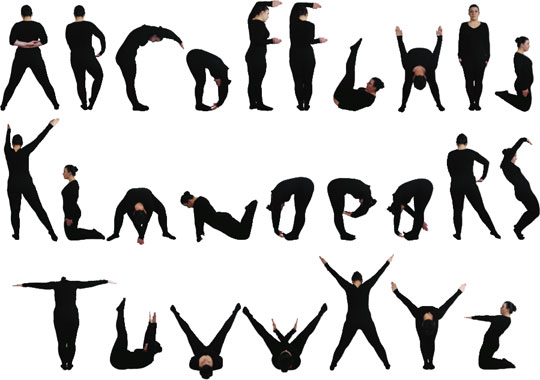 However, it doesn't stop here. Typotheque's Dance Writer converts text to simple dance moves. You can now, with a phone app, create your own choreography by typing a message. Share it with your friends, and send them your animated results. Watch the demonstration and see what you think. I would be curious to know if you think this has a future!